welcome to the world in motion 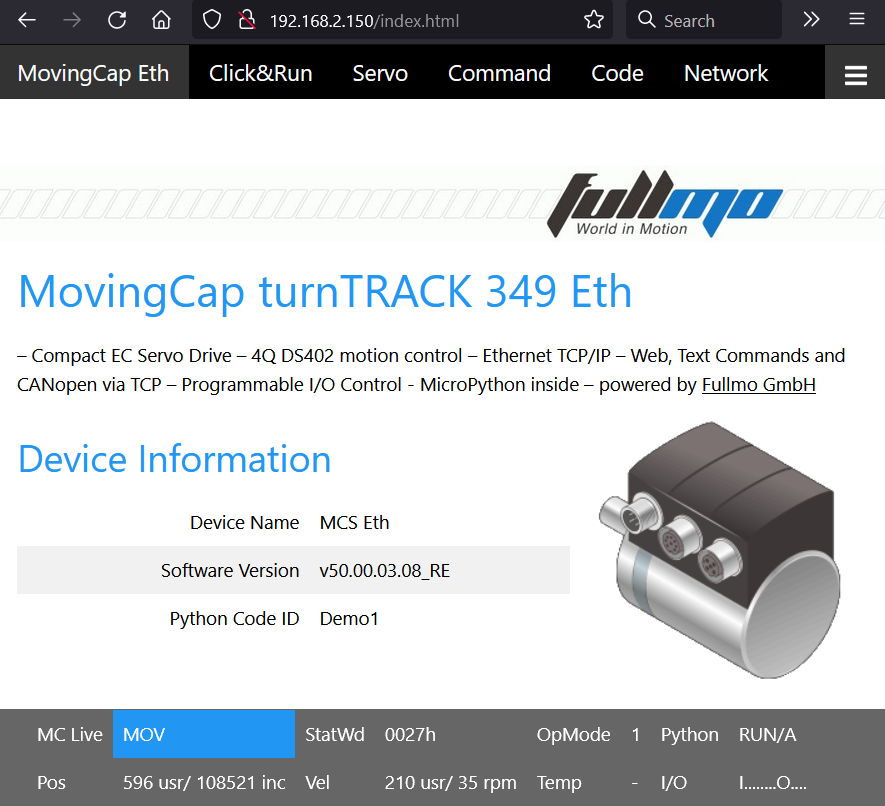 With our MovingCaps, whether round or flat, everything is included. In other words, a completely integrated system consisting of motor, regulation, position detection, control and communication interfaces - all you need is the supply voltage, a network cable or digital signal and off you go.

Our MovingCaps run the way you want them to, right from the start. Thanks to absolute position measurement, our MovingCap knows where it is immediately after waking up and moves quickly and vibration-free to where you want it to be, using our tried and tested position controller.

With MovingCap, you're up and running fast

MovingCap drives are extremely communicative beasts that you'll warm up to right away and have your movement up and running quickly. You decide whether you want to give your MovingCap commands via simple digital signals, or whether you want to use one of our TCP/IP data interfaces or a fieldbus like CANopen. Or don't want to know anything about a master control / PLC and prefer to tell our drive what to do yourself.

But let's go through this point by point:

MovingCaps are servo drives according to CiA DS 402 and 301 - What does that mean?

The CAN in Automation (CiA) group develops and promotes standards like CiA DS 402-2 / IEC 61800-7-201, which describe what a servo drive can do for you and which setting options ("CANopen objects") are available for controlling these operations.

MovingCap drives therefore offer you the movement types, setting options and feedback described in DS 402, even if you are not talking via a CAN fieldbus, but only use our web interface or digital inputs/outputs. MovingCaps can thus position precisely down to micrometer ranges, drive conveyor belts at variable speeds or perform dedicated homing procedures. There are movement parameters for limiting torque/force, and you can detect external torques/forces. You can use DS402 standard parameters to limit the permitted positioning range ("soft limit") and work in coordinates that suit you, e.g. mm or μm. For rotary applications, you can decide whether you need an endless movement in the same direction ("always forward"), or whether you want to move between 0° and 359° on the shortest path always. Like other DS 402 drives, you can integrate MovingCaps into your control system via standard objects. You will receive standardized feedback messages for all drive states and errors, and can use so-called PDOs, process data objects, as in CANopen, e.g. to move several drives synchronously.